The giving season is upon us, and the adage of ‘Made in America’ that rings throughout the year is even more apparent during the holiday. We have become much more conscientious of the products we buy in order to keep US manufacturing strong and when it comes down to supporting local businesses, especially this time of year.

The holidays also revolve around family, eating, and preparing special foods together. Regions and cities throughout the country often have signature product(s) they are known for, especially when it comes to their food. The Florida Keys have key lime pie, there are Maine lobsters, Baltimore crabcakes, and Philadelphia cheesesteaks. There are also brand specific favorites from successful manufacturers such as Iron City Beer and Heinz Ketchup in Pittsburgh and Hershey’s chocolate near Harrisburg. In Erie, favorite products of home are also tied to their manufacturing roots and there are many. A few that first pop into mind when talking to an Erie transplant are Smiths Hotdogs, Stanganelli’s Pepperoni Balls, and Stefanelli’s Sponge Candy. For a few years now, these favorites have all been grouped together in the popular Erie Box for a gift giving idea.

Gordon’s Butcher & Market (a business that can also be considered a food manufacturer themselves), decided a few years ago to pull all of these Erie delights together into the Erie Box. Gordon’s, located on Peach Street in Erie, was founded in 1980 by Gordon Wunch and most recently purchased by the Bohrer and Markley families. The business has expanded from it’s original location and continues their tradition of producing sausage, ox roast, and many other products. I recently had a chance to talk with co-owner Kyle Bohrer about how the concept of the Erie Box started. It stems from the fact that Gordon’s prides themselves on carrying local food items and that he also owns a shipping company. When they moved to their new location, they expanded their offerings and now have over 46 local food companies for products from milk, ice cream, and eggs to pasta, peperoni balls, and produce from local farms. When Kyle was developing the Erie Box concept, he reached out to a friend at another food manufacturer, Better Baked Foods, for tips on packaging and the Erie Box was born. He described the concept as “catching lightning in a bottle.” When he first posted the idea on Facebook, he immediately had over 100 replies of people asking where they could get it. They sold over 400 in the first 2 weeks. Now in it’s 3rd year, he anticipates selling around 5000 Erie Boxes that includes the famous hotdogs, pepperoni balls, sponge candy, and also Gordon’s own Ox Roast (or Smith’s Ox Roast). I recently had a chance to learn more and do a tour with some of these favorite companies.

Smith Provision has grown over the last 90+ years from starting as a small, two-person retail butcher to a full-service meat processing manufacturing facility with 50 full time employees. The Weber family continues to own and operate the business now in it’s 3rd and 4th generation. They moved to their current state-of-the-art production facility in 2012. Despite workforce issues across the country, Smith’s hasn’t experienced those pains to a great degree. Vice President of Sales & Marketing, Sara Kallner, noted during our tour that they have a great core of long-term employees and even during early days of the pandemic and beyond…”no one missed a beat”. Employees had no absences and followed protocols. However, effects of the pandemic do show up in challenges receiving their raw materials because of labor shortages at their suppliers. With a focus now on the holidays, Smith’s always sees an uptick in selling hams with families serving for special dinners and companies purchasing for employee and client gifts. Smith’s has been selling online for over a decade and the holiday season is typically their busiest month for online sales, especially of the Erie favorites. Sara said being part of the Erie box has taken this concept to a new level. Locals do stock up on Smith’s products when back in town for the holidays and returning home, but the online sales and Erie Box provides the opportunity to enjoy favorites from afar or for family to have a unique gift option.

For Stanganelli’s Italian Foods, there are many innovative ways to enjoy their fresh pepperoni balls and other products. It may be someone stopping by their East 25th Street production facility to stock up on their way out of town from a family visit, supporting a local school fundraiser, making a purchase on QVC, placing an online order, or receiving inside an Erie Box. Like Smiths, this company has longevity and is a family-owned business. Founded in 1961 by Cosmo Stanganelli, Tommy Spagel and his brother purchased the business 28 years ago. Their production facility is nestled in the eastside neighborhood where they grew up and also affords them a loyal, diverse workforce. Running two shifts, they support local residents able to walk to work and they simply post a sign on their building when they need to hire. With their 48 employees, Stanganelli’s is producing numerous products including 12,000-14,000 pepperoni balls per day, by far their biggest seller. Their popular products have also become a staple for school fundraising programs. Sales were adversely affected when the schools shutdown during the pandemic, but Stanganelli’s pivoted back to an opportunity they had been working on… trying to get featured on QVC . They scored! Their first order to QVC was 20,000 pepperoni balls and they quickly sold out. During our tour, I watched them pack a huge fundraising order, make fresh pasta, and had the good fortune of sampling a pepperoni ball after being pulled fresh from the cooling rack.

While I wasn’t able to visit Stefanelli’s Candies, I’d be remiss if I didn’t mention them as a key part of the Erie Box featuring their sponge candy. The company started back in 1929 when the Stefanelli’s family traveled from Italy, so for nearly a century they have carried on the Italian candy-making traditions to include their hand-poured sponge candy.

In addition to their pride in maintaining the quality and essence of their legacy products and family roots, something else all of these companies have in common is the sense of family they have for their own employees. Food and family is a big part of this holiday season of giving. I encourage you to shop local within your own communities and consider the numerous options from manufacturers producing products in our own back yard. 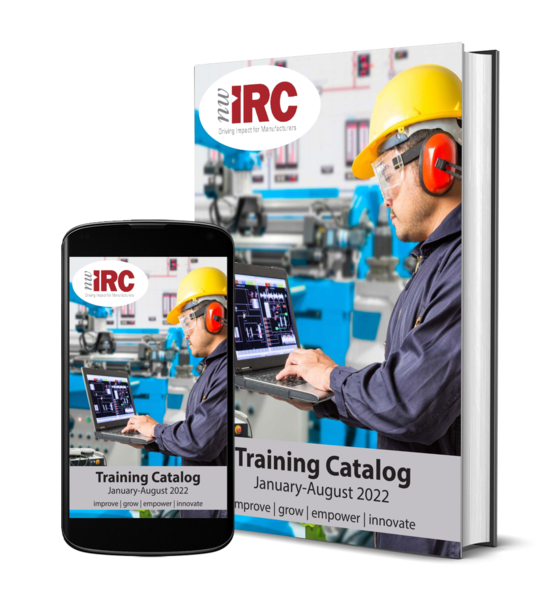