If you’ve been reading my articles over the past few months, you know that I have journeyed hundreds of miles to some small towns to meet with manufacturers. The visits were to hear their stories and share with you what I’ve heard and seen. As much as I loved those drives through the beautiful and diverse landscapes of northwestern Pennsylvania, I felt it was time to make a stop closer to home (Erie), in this corner of NWIRC’s 13-county footprint. My next decision was where to go and what company success story to share. With many prospects to select from, I thought it would difficult. But in 2 seconds I landed easily on SEPCO, a small machine shop that is doing amazing things with an amazing team of employees and workplace culture. Yet, when you talk with owner and President, Dan Ignasiak, you hear more about other companies he knows and learns from, that he admires and tries to emulate whenever possible. His humbleness is refreshing and inspiring and a trait that has been very much a part of SEPCO’s resiliency and success. A trait I remember experiencing 5 years ago during my first visit to SEPCO. Dan, at the time, served as Chair of the NWIRC Board and I was a candidate to lead the organization as President & CEO.

When we met most recently, Dan first talked about the opportunity he had just a couple weeks prior when he joined two other company leaders on a panel for continuous improvement at the Precision Machined Products Association’s (PMPA) National Technical Conference in Cleveland. During our conversation, in his true style, Dan started off praising the operations and accomplishments of the other guys presenting. No surprise, I’ve heard Dan on multiple occasions over the years talk about the learning, improving, and networking from his involvement in PMPA. Upon my request, Dan shared what he presented to the nearly 200 in attendance. I knew then that he was invited to speak at the conference because others would learn from his journey to build and sustain a culture of continuous improvement.

At the conference, he proudly began his presentation to his peers with some history of the company started by his Dad in 1965, crediting the many long-term loyal employees and amazing customers over the years. And even though it may have sounded “pretty perfect” to his audience, he admitted that it was not all that long ago they were “a hot mess” with safety concerns, poor on-time delivery, and quality issues. That’s when he discovered 2 Second Lean, a no-nonsense, simplified approach to continuous improvement created by Paul Akers’ and implemented in Paul’s own small manufacturing company. Dan and his employees started making simple improvements every day. He and his team got involved in NWIRC’s Lean Together, a cohort of like-minded companies looking to implement 2 Second Lean through collaborative learning, plant tours, and open and honest discussions.

He shared with his peers how his organization moved from a “blame game” to “productive problem solving”. The use of their MRB (Material Review Board) checklist that outlines a handful of potential issues to explore for finding solutions, and that emphasizes not blaming the operator but rather the process. And how his team reduced set up time and are better equipped now to solve more challenging obstacles through the application of improvement kata. The list of improvements and enhancements for this 25-employee company goes on and on and is documented with before and after pictures, a best practice of 2 Second Lean. As Dan puts it, “if you don’t take pictures, it didn’t happen”. Along with 2 Second Lean success, SEPCO is well down the path of Industry 4.0 having implemented internet of things (IoT) with applications to get real-time data and issue notifications from their machines from anywhere in the world. The company continues to invest in equipment and automation to increase productivity and improve their competitiveness. I had a chance to see their newest machine, a $600K high speed tube cutting automated beast, installed in August. The machine, like others at SEPCO, will eventually have a special name that fits its “character”.

I asked Dan, “With all that has happened – the pandemic, the pressures and workplace stress of meeting increasing customer demands, the labor shortage, the installation of a new machine – how did you do it?” His response, “if we had not made over a thousand 2-second improvements in the last four years, we wouldn’t have made it.” Dan continues to be amazed with how his team responds to challenges. The culture is what keeps them all moving forward in the same direction and solving problems together. “We have to continue working on it every day, I won’t let it go,” Dan said. At the end of the day, it’s investing time and interest in people that creates this culture for SEPCO, or “flexibility and humanity” as Dan puts it. This results in low employee turnover and the fact that hiring one part-timer turns in to six from the positive word-of-mouth.

Dan is a great ambassador of 2 Second Lean because it works where other previous lean efforts were not able to be sustained. This October, new cohorts of Lean Together – 2 Second Lean will be starting. SEPCO has agreed to once again be part of hosting a tour for program participants. I encourage you to think about the gap between where your continuous improvement culture is now and where you want it to be. Consider joining the next cohort. Don’t hesitate to reach out to your NWIRC Strategic Business Advisor to learn more about it. 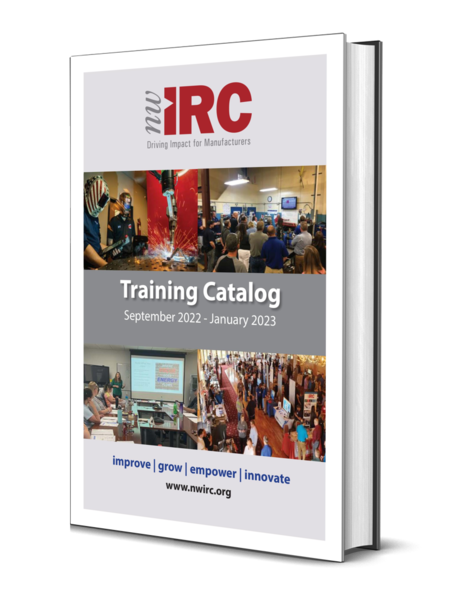