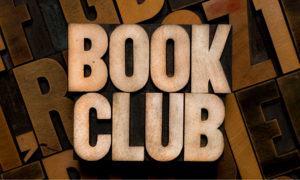 We all have those especially good reads that we remember. Books that not only were fun and enjoyable to read, but ones that inspired, influenced, and shaped our personal and professional development. Books that were meaningful and impactful in our lives, our relationships, careers, and businesses. Ones that provided new learnings and perspectives, that reignited and reinforced existing beliefs, that sparked our imagination and fueled innovation. The books that resonated the most with me were the ones that I felt connected with the author and his or her story. Connected to my story, where I was professionally and personally, my roles and responsibilities, my weaknesses and limitations, and the opportunities and dreams that I had at the time. I also have experienced first-hand the amazing outcomes when people connect around a book. Allow me to share examples.

I have been a big fan and have benefitted immensely from books written by very successful coaches – Lou Holtz, Jimmy Johnson, Mike Krzyzewski, and Pat Riley to name a few. The parallels between coaching players and managing sports programs and coaching employees and managing businesses is striking. During a 25-year period, I was leading sales teams as a sales manager, employees as a business owner, and clients and their team members as a consultant. During the same years, I coached football beginning at the youth club level, advancing next to head coach of a middle school program, and then on to the head coaching position of a high school program – which was my goal from the beginning of the journey. Books authored by these and other incredible coaches and leaders were instrumental in my development and successes on the field, in business, and in everyday life.

In the mid-90s, I started with a new employer managing a sales team of 8 sales representatives. The sales team I inherited was highly reactive and complacent relying on company provided leads and existing customer relationships. I needed to significantly improve the team’s proactiveness and effectiveness to develop new customers. I had just read The Winner Within by Pat Reilly, the highly successfully basketball coach and player who would end up winning 5 NBA championships as a head coach. There were so many parts of this book that I found enlightening and that I connected with through first-hand personal experiences, although on a different scale than Coach Reilly. To the extent that I developed and mailed to the coach a business abstract connecting our mutual experiences and proposing we share them through a series of seminars that would minimize his time while expanding his reach. Although the opportunity did not advance, his thoughtful and complimentary reply letter with references to specific part of my abstract told me he read it and that was a win in and of itself.

One key take way from the book was Reilly’s noting of “career best effort” (CBE). As part of CBE, the coach gathered statistics for each player over their careers and used the data as part of setting goals for incremental improvement at the individual level that led to significant improvement and higher winning percentage at the team level. For instance, he would meet with a player and review their career free throw percentage and ask the player how much better over their CBE could they do for the upcoming season. For each player, Reilly would have 5 to 7 key metrics depending on each player’s role and the improvements needed individually and for the good of the team. Field goal shooting percentage, # of rebounds (offensively and defensively), steals, block shots, you get the idea. Each player improving 5 to 7 areas of their game, even just by a point or two each game, over an entire season resulted in incredible performance improvement across the entire team and a lot more wins.

As sales manager, I applied Reilly’s CBE to my situation and team. I gathered data for each member of my sales team including # of self-generated (non-leads) initial meetings with new potential customers, number of discovery meetings, number of proposals, average $ amount of proposals, # and percentage converted to an order, over their career with the company. We met to review their past career best efforts and I got their input and commitment for individual improvement in each key area. We met regularly throughout the year to discuss progress to the effort and performance goals that were established. Our business version of Reilly’s CBE helped the company record it best year by far ever for sales revenues generated from new customer development. The company became a proactive sales organization, and the foundation was in place for successful years of increasing revenue growth.

Over the past 4 years, multiple working groups focused on operational excellence based on the book, 2 Second Lean, by Paul Akers, have met on a regular basis as part of NWIRC’s Lean Together™ Program. Napoleon Bonaparte once said, “Show me a family of readers and I will show you the people who move the world”. The Lean Together companies and their family of employees are the epitome of Bonaparte’s belief. Through collaborative learning around concepts of a book, peer groups and like-minded individuals from multiple companies are growing their people, building and sustaining a culture of continuous improvement, and realizing impressive business results.

The Lean Together™ program will continue with the book, 2 Second Lean, as the conversation piece when multiple cohorts of the 2021 program offerings start late summer and early fall. But the NWIRC wants to do more. Recognizing the power of excellent books when coupled with a connected group and a collaborative learning environment, NWIRC’s staff has developed a Book Club, Professional Development for Manufacturers. Whether you are currently a leader at your organization, or striving to be, there is no substitute for continuing to learn and grow, networking with like-minded peers and adding some inspiration to make the journey more fun and rewarding. I encourage you to participate, and at no cost to join, you will be an even bigger ‘winner within’.

Side Note: Details about NWIRC’s Book Club can be found at www.nwirc.org/events/nwirc-book-club.